The Spanish Peaks are located in Huerfano County, in Southern Colorado. My favorite view is from a point halfway between Walsenburg and La Veta, along Hwy 160. My paintings depict these majestic twin peaks in many different colors, depending on the season and time of day. Click on any image for more details and a larger view of the painting. 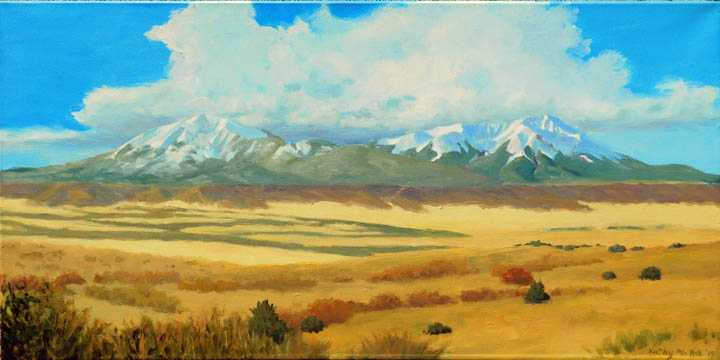 Spanish Peaks: Monarchs of the Plains 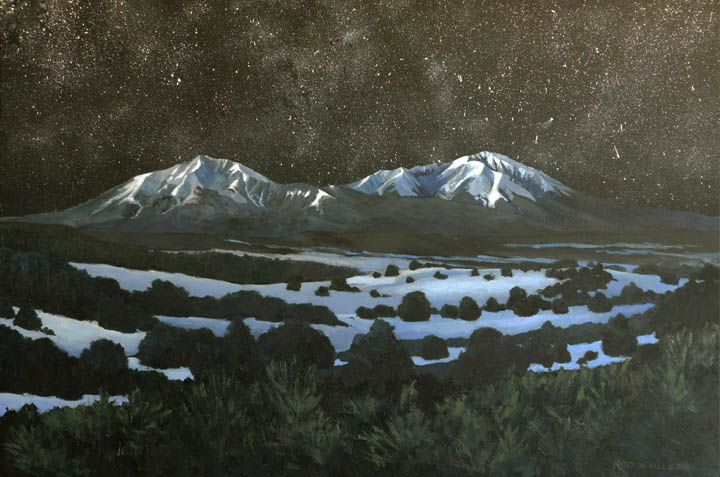 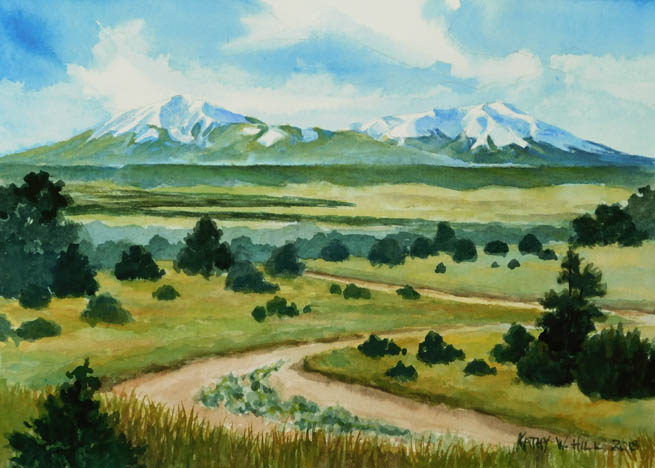 View of the Spanish Peaks with Snow 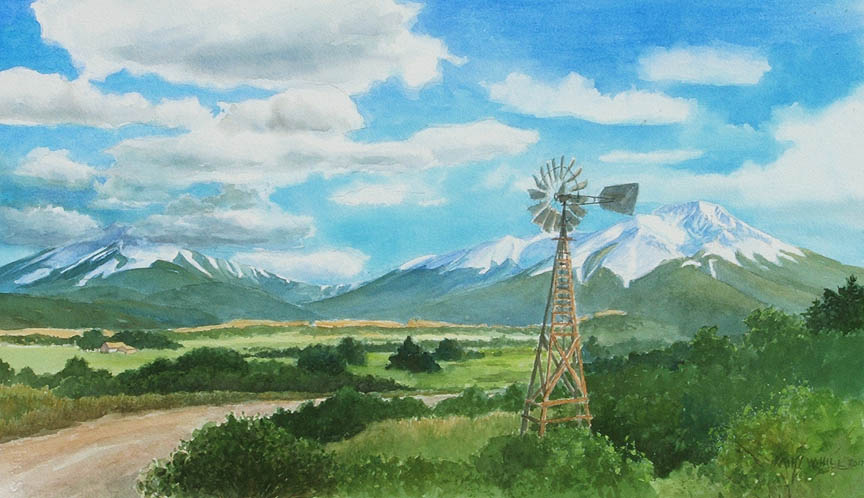 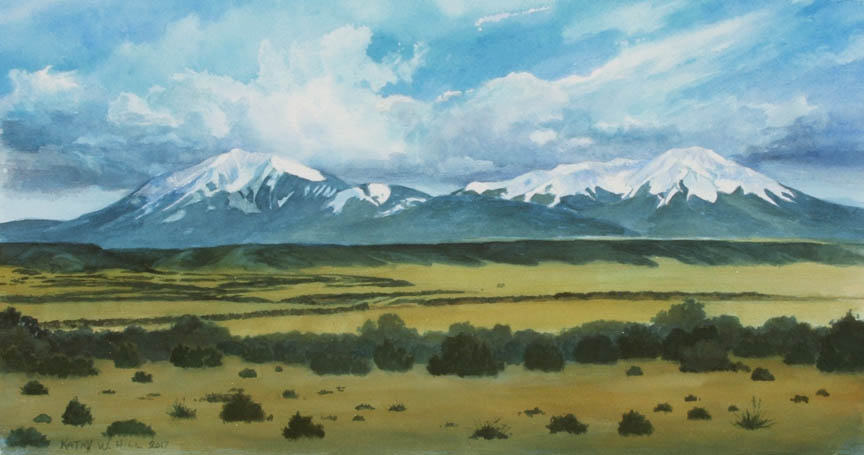 Snow on the Spanish Peaks 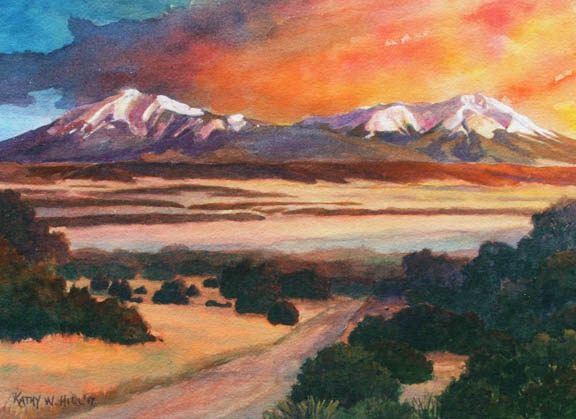 These paintings are available for purchase. Now accepting credit cards.  Contact Kathy prior to purchasing. Checks are accepted, once arrangements are made.